Exclusive private gatherings bringing together senior-level executives working with entertainment and technology to discuss the most challenging business issues. Susan Butler produces or co-produces each closed-to-press summit held in an intimate business environment to facilitate productive discussions. Many ideas are carried forward to the next summits to help find industry-wide solutions.

Research and analysis provided for unique, special projects meant to benefit the entire music industry. The projects include the first-ever gathering and analysis of revenue figures generated from digital music services for the use of musical compositions, as published by international trade group CISAC; and a White Paper roadmap to licensing rights in compositions for digital use in Europe.

Susan is an attorney turned journalist and is the best analyst in the music industry.. (Her 2015) two-part narrative on fractional music licensing was OUTSTANDING and AMAZING… It should be considered the seminal piece of work regarding this issue.
Ed Christian
President/CEO, Saga Communications Inc. and Chairman, Radio Music License Committee that represents app. 10,000 U.S. radio broadcasters
Informative, on-the-point, accurate and timely. (Your report on SESAC is) all that anyone could wish for from the world class journalist that you are.
Pat Collins
CEO/President SESAC Performance Rights
Susan is by far the most influential commentator on music matters in our industry.
John Minch
CEO, Imagem Music UK, London
Always pays to speak with the best…
John Josephson
Chairman/CEO SESAC Inc.
I devour Music Confidential like a romantic devours a romance novel! If you want my Music Confidential subscription, you would have to pry it from my cold, dead hands!
Daryl Friedman
Chief Advocacy & Industry Relations Officer, The Recording Academy
Susan Butler is the most knowledgeable and trusted journalist in the business.
Hein van der Ree
CEO, Netherlands-based collective rights society Buma/Stemra
I think that reading Music Confidential makes me a better executive. We’re flooded with raw data and metrics—recorded music sales, streaming income, PRO income and distribution numbers, Nielsen numbers and the like. What makes us better executives is the understanding of those numbers that you provide through your expert analysis and synthesis and the trends you extrapolate.
Bill Josey
SVP Business & Legal Affairs, Discovery Communications (Discovery Studios, Discovery Global Music Services)
Music Confidential is a vital source of information – and I know from a number of people in the industry that it has become THE point of reference.
An executive now with the United Nations’ World Intellectual Property Organization (WIPO)
The holy grail of music resources!
An executive with an international tech company

We sip Cotes de Provence from blush-colored wine glasses under the summer sun at the end of a European business day, talking about technology and the international music business. Not

Continue
0 Comments
Issue 42
December 25, 2016 by bayentlaw in EXCERPTS FROM MC

You are about to read a very special report, one that provides revenue figures never before shared and in a way never before calculated—by product category rather than by type

Continue
0 Comments
Issue 41
December 25, 2016 by bayentlaw in EXCERPTS FROM MC

True confessions. Some days I am unsure how or where to begin telling a story when something is occurring that perplexes me because it mashes up so many opinions and

Continue
0 Comments
Issue 27
December 25, 2016 by bayentlaw in EXCERPTS FROM MC

Parental Guidance Suggested: Some of the following material may not be suitable for sensitive readers. To the attorney(s) in the music user community, whoever you are, who convinced the U.S.

Continue
0 Comments
Issue 39
December 25, 2016 by bayentlaw in EXCERPTS FROM MC

We become numb to huge numbers after we hear them often enough. Like hundreds of millions and trillions, the number of reported performances of music that some performance rights societies

Continue
0 Comments
Issue 33
December 25, 2016 by bayentlaw in EXCERPTS FROM MC

Rarely do any of us get even a glimpse of the inside story about how a digital music company, created with much hope and promise and money invested for its

Since launch in 2008 under a unique business model and approach, Music Confidential has enjoyed double-digit growth in subscribership every year. Readers include senior-level executives with: 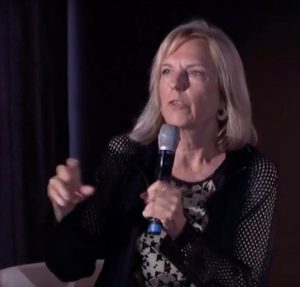 After practicing law for 21 years representing clients throughout the world in the entertainment and technology fields, Susan began writing full-time for Billboard before launching Music Confidential. Since then, Susan has achieved a number of “firsts” for an entertainment industry trade journalist:

Published by Butler Business & Media LLC
Based in the U.S.A.

Please Complete & Send the Contact Form to Inquire about a Music Confidential Subscription or about Other Services.

Music Confidential is a professional service provided to a specific category of individuals who pay for a subscription to the weekly reports.